Annual meeting of the Parish - Virtual 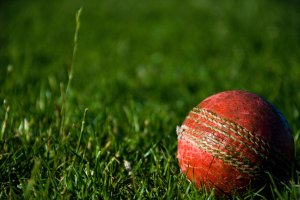 From 1945 and until 1955 the club continued to play under the name of Hardwick Colliery Cricket Club. In 1956 the club was reconstituted as Holmewood MW CC and joined the North Derbyshire Cricket League. Following successful seasons in this league the club moved to the Bassetlaw and District Cricket League in 1963.

The club remained in the Bassetlaw league until 2007 when their application was to join the Derbyshire County Cricket League was accepted.

From the start of the century until 1979 the club played on the Holmewood Colliery ground based at Williamthorpe Colliery, Pit Lane, Holmewood. In 1979 Derbyshire County Council purchased the colliery ground to build a trading estate and re- provided a new recreational ground in the centre of the village.

In 2007 the club was successful in a grant application to the Coalfields Regeneration Trust for the provision of a new pavilion adjacent to the cricket ground. Since that time the members have been steadily improving facilities with new sightscreens and roller being in place for the 2018 season.

The club runs two adult teams on Saturdays who compete in the Derbyshire County Cricket League Divisions 4 and 7; and a Sunday XI in the Mansfield and District Cricket League.

We are a small, but very friendly club and welcome any new members that are interested in playing the game of cricket.